A recent study by the Human Sciences Research Council (HSRC)  has revealed that condom use in South Africa has declined since 2012.  Condom use is essential for reducing the risk of sexually-transmitted diseases, such as HIV, and preventing unwanted pregnancy.  But in that crucial moment, how can the brain be better employed to remember to use a condom? 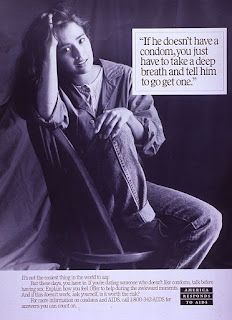 As the French would say, life is not worth living without joie de vivre – which in English means, exuberant enjoyment of life! If we are lucky, according to some religious texts, we may live for “three score years and ten” – a score being 20 years. And so, to really enjoy those precious seventy years (or more!), we must try to strike a happy balance between exuberance and sensible behaviour.  Living only for pleasure without checks and balances can lead us down the opposite path of disease, with the risk of encountering maladies such as obesity from over-eating and HIV from risky sexual behaviour.  Both over-eating and risky sexual behaviour are impulse control problems.  Remembering to say no to the third helping of food, or thinking about buying – and using – a condom, are decisions rooted in our brain’s ability to regulate immediate, tantalising distractions.  With the brain processes of impulse control in mind, what can we learn from neuroscience about how to go on enjoying life while avoiding risky behaviours and remember to use a condom? 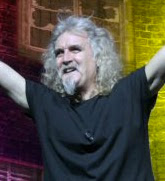 Billy Connolly, the British (Scottish) out-spoken comedian once quipped – about the withdrawal method of birth control – that it would take a herd of wild horses to stop him mid-coitus!  His funny skit perfectly emphasised just how powerful human sexual desire can be, and how difficult it is to remember to be sensible in those moments of exuberant enjoyment of life! Using a condom then, is no mean feat, and might explain why the presence of this latex friend is growing conspicuously absent in South African society.  However, comedy and joie de vivre aside, our forgetting to invite the prophylactic to the party poses a serious threat to our achieving a healthy, disease-free three score years and ten.  And so it makes sense to find ways to use our brains more effectively, so that one can both have the cake and eat it. 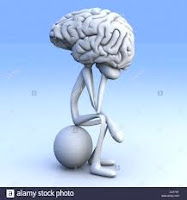 From where in our brains does the feeling of sexual desire stem?  As with most rewarding experiences, sexual behaviour, and it’s climax, involves a huge release of dopamine – the brain’s pleasure and motivating neurotransmitter – into the old part of the brain called the limbic system.  This system – sometimes called the basal ganglia – is a network of fibres and regions at the heart of the brain.  Interestingly, when the level of dopamine sloshing around the basal ganglia rises, the front part of the brain receives a signal via a gate known as the anterior cingulate cortex.  The messenger carrying dopamine knocks on this gate to tell the prefrontal cortex to open up and join the dopamine party (think of a house party spilling out on to the street!).  If the prefrontal cortex isn’t busy doing much, it will probably join in, and forget about its other responsibilities!  However, if the prefrontal cortex is busy thinking about other things (such as which jacket pocket the condom is in, or which shop is still open to buy a packet), it will lock the gate so that the dopamine messenger can’t barge in.  Locking the gate on dopamine disturbance is the essence of how the brain can achieve cognitive control over our urges.

How then, do we lock the anterior cingulate cortex gate so that the wild horses  don’t barge in? For some it is temporarily more difficult, especially if the party is in full swing, because the prefrontal cortex doesn’t fully develop until about age twenty, and declines as we get older. However, the lock on the gate gets stronger with practice as our brains never stop evolving, they are malleable and neuroplastic until we have spent our three score years and ten. Practice involves regularly keeping in mind thoughts about future – instead of immediate – goals. And while it might sound boring, it’s better to keep the party in the basal ganglia under lock and key! So, keep practising thinking about where to buy your next packet of condoms and keep your prefrontal cortex busy!