It’s Grandparents’ Day on September 9th, and so what can psychology and neuroscience tell us about how a child’s brain develops in the presence of community elders? 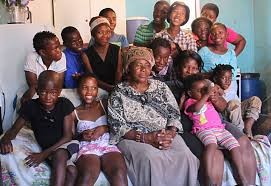 Grandparents in South Africa might hold the key to a brighter future! In South Africa, according to a report by Statistics South Africa, more people than ever are becoming grandparents, and grandmothers are becoming younger. Also, according to a study by Nkosithathi and Mtshali, in 2015, grandmothers in contemporary South Africa are the main source of parental support, with grandfathers providing a key role model for a child to mimic. The traditional role of grandparent as being an authoritative, punitive presence, out of touch with modern society, existing on the periphery of a child’s life, is predominantly out-dated.  Instead, grandparents play an active role as confidant, educator, entertainer and companion to children, especially when parents themselves are not available. For South African children, the role that grandparents occupy in their life, is especially important for those who live in poverty-stricken areas such as the Cape Flats, where children might not always be able to go to school for lack of money or safety fears.  According to the British Psychological Society, while much is written about how attachment styles between parents and children effect brain development and function, far less is written about the relationship between grandparents and grandchildren.  Given that grandparents are no longer on the periphery of a child’s life, but whose presence reflects a daily interaction – often in person – with their grandchildren, it is important to consider how older people within the family, whose memories might allow them to know more about the world and life than parents, influence a child’s brain development.

In South Africa, the role of grandparent in a child’s life, unlike most Westernised relationships, is often most apparent in response to a crisis, when the grandfather or grandmother are usually the best placed to intervene.  For example, the likelihood that a parents’ ability to look after a child is impaired, is much greater in South Africa than in other parts of the world, due to a higher incidence of poverty, substance abuse, parental jail sentences, or mental illness. This is especially true in Cape Town, and the influence of these parental issues on a child’s mental development is well studied.  For example, in the Western Cape, a high incidence of foetal alcohol syndrome (caused by mothers drinking during pregnancy) and related attention deficit disorders, adolescent methamphetamine and dagga use (often provided by gang leaders, substituting for absent fathers), and high levels of uncontrolled aggression, are all related – in part – to brain dysfunction. 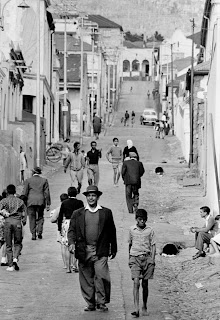 However, it is not only external factors (substance misuse, maternal alcohol consumption, aggression) that alter a child’s brain development, but so too do major changes in society.  For example, it is well debated (see Don Pinnock’s book, Gang Town) that one of the contributors to the current rise in gangsterism in Cape Town, could be the dismantling of the influence of grandparents and other community elders, on the life of children growing up in District 6.  In the days of District 6, prior to the forced removals – to the Cape Flats where gangsterism is rife – sanctioned by the Group Areas Act in the 1950s-1960s, elders could keep a quiet eye on the children, in order to inform the parents of bad behaviour. Children knew that they were quietly being observed by their elders, and reports from people who used to live in District 6 say that this kept the general levels of crime low or petty (even though there were still gangsters around!). This covert web of influence by community elders to keep the youngsters in check, occurs to a much lesser extent in post-apartheid Cape Town, and may explain the surge in violent crime in recent years.  One must question whether, in the long-term, today’s army presence can provide an adequate substitute for the presence of grandparents and elders in the lives of these communities. 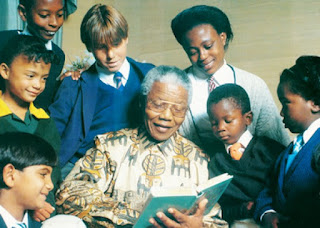 The presence of grandparents or similar elder figures in a child’s life, especially from an early age, becomes internalised and allows the child’s brain to develop stabilising cognitions and self-regulations that remain for life.  Our most famous South African elder statesman was of course calm, smiling Madiba himself, who always surrounded himself with adoring children in his latter days. The absence of our elder statesman in South Africa may explain some of the issues we face today!  The stabilising cognitions we develop as children often come from a wiser older person, who is likely less impulsive and driven by arousal, than younger family members, or who has more time to sit and chat to children than parents.  The influence of a stable home life on a child’s brain development was famously shown in Professor Robert Winston’s Millennials Study (‘Child of Our Time), where he followed the life-course of 25 babies born to families in the year 2000.  In this longitudinal study, it was suggested that children who developed within a stable household (read: non-arousing, routine-driven, quieter households surrounded by a loving family who expressed interest in the child), went on to have far less mental health issues in adulthood.  These stable children also had a better socio-economic outlook – they have got good university-entrance exam grades, good jobs and happy, healthy relationships of their own.  It suggested that the influence of a stable, loving upbringing, was far more important than socio-economic status (although child poverty can reduce the chance of growing up in a stable, loving household). 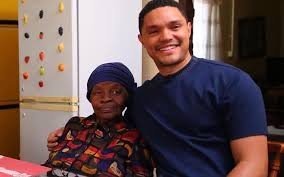 Similarly, in a much larger study in the UK – the Millennium Cohort Study of over 19,500 individuals born at the turn of the century – the latest data sweep, when the participants were age 14 years, showed that a child growing up in poverty had worse outcomes, such as higher levels of mental illness and poor well-being. However, to put this into South African terms – the presence of a stable, loving, non-arousing (e.g. low or no emotional or physical neglect or abuse) family network, could be more important than whether or not a child lives in poverty, if we consider that District 6 was a poor area but with many community elders.  Of course, it is easier to say than to implement a stable household in a township shack, with no electricity or running water.  But remember those who grew up in townships and thrived, such as Professor Pumla Gobodo-Madikizela, or Trevor Noah – from Langa in Cape Town, and Alexandra in Johannesburg, respectively.  According to his biography, Born a Crime, Trevor Noah’s grandmother CoCo was a strong, regular influence in his life in the townships, which no doubt helped him to become the international star he is today!  If families who live in townships can try very hard to foster the stabilising, loving influence of grandparents, despite the poverty, Cape Town might be able to foster greater numbers of future generations that can escape the poverty trap.  By maintaining a calm, stable household, no matter what is going on outside, the developing brain of a child, with the help of their important grandparents, will be able to develop the neural processes for resilience, which is vitally needed to overcome future poverty and crime for themselves and their families.

So let us celebrate the true power that grandparents have – either yours or sharing somebody else’s in your community – to reshape the beautiful brains and the beautiful futures that Cape Town grandchildren deserve.  Happy Grandparent’s Day Harfielders!