Remember, remember the 5th of November, gunpowder, treason and plot! 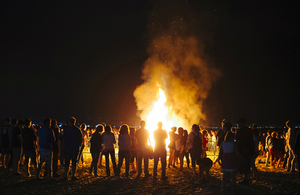 It’s that time of year again when we all celebrate the assassination of Guy Fawkes, who famously – in November 1605 – tried to kill King James I and blow up the British Houses of Parliament with a cache of dynamite.  Not a Nobel feat at all, but rather a dastardly plot to wreak havoc and kill the people who formed the Monarchy and the government of the time. This sort of behaviour is nothing new, and unfortunately we still see extremists like this in our midst today – such as the ISIS terrorists. Or Anders Breivik, the Norwegian neo-Nazi who, in July 2011, killed 77 people and injured 200 more, in an attempt to bring his anti-establishment, anti-migrant ideologies to the fore of modern media. Over 400 years after Guy Fawkes, we would do well this November, to remember the destructive, treachery that is – for some – still a small part of being human.  But can neuroscience shed some light on the brains of citizens who engage in such destructive, seemingly insane acts, as we light our fireworks and sparklers this Bonfire Night? 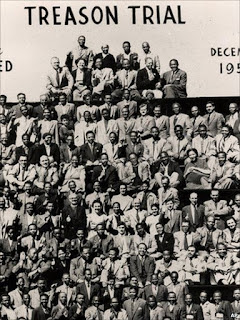 It can seem mysterious as to what fires people up, to engage in extremist views that often have the intent of causing injury and death to other citizens who may hold opposing views.  Treachery has negative connotations, as it suggests a failure to conform to the status quo of society, but it can also be a positive response to an oppressive regime, such as the Arab Spring, or the Struggle against the brutal Apartheid regime, both of which were caused by citizens uprising against inhumane values.  Perhaps the difference lies in the nature of the plotting, and the ability of the brain to calculate the difference between right and wrong.  And also the ability of our brains to evaluate the future outcomes of our actions – treachery such as Nelson Mandela’s against the Apartheid regime, is plotting for a positive outcome that benefits society as a whole. Perhaps Nelson’s plotting showed a virtuous ability to put the people before himself – a sentiment that he was prepared to die for.  Similarly, the Arab Spring – plotted to improve the lives of many within a global society too.  But the same definitely cannot be said for the likes of ISIS, Breivik or Guy Fawkes.  Instead of plotting for the greater good, like our hero Nelson Mandela, treason can – like we saw in Guy Fawkes’ group – be motivated by fear.  Fear could be what we are seeing in today’s far-right values that have motivated Brexit and the election of Nationalistic leaders. 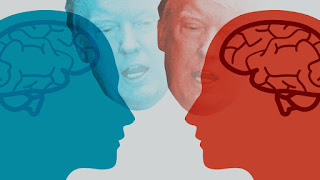 Treachery and plotting are secretive acts – motivated by fear and arousal associated with the  avoidance of being ‘found out’.  For some, the arousal and excitement surrounding secretive plans becomes addictive, and can fuel group cohesion.  The brain may release pleasurable dopamine chemicals when a person ‘gets away with’ trickery, which also has the function of giving people continuous energy to engage in complex, secretive tasks.  It takes a lot of mental energy to engage in treachery! Similarly, being part of an undercover group, like Guy Fawkes was, likely releases the brain hormone oxytocin, which creates a sense of bonding and kinship between members of the same group.  However, treachery within group members can also double-back on itself – as one person always wants to dominate – like the famous ‘Animal Farm’ story by George Orwell.  One theory is that people who are lacking feelings of citizenship and social inclusion in their everyday lives are prone to treachery and plotting. This could explain why many of the people who are caught plotting against society, are often loners that have been ex-communicated in some way.  Joining a treacherous group or ideology gives the brain a sense of purpose, when purpose might be lacking.  And combined with the sense of arousal and excitement, enables a prolonged, focused motivation to get a specific job done. 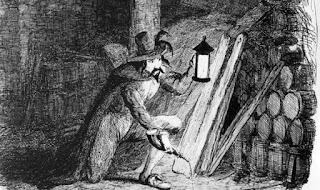 And so, for modern examples like Anders Breivik’s first psychiatric diagnosis, or the ISIS  extremists, would Guy Fawkes and his comrades be diagnosed as paranoid schizophrenics?  Nelson Mandela was not – during his treason trial – diagnosed in the same way – at least by sober, sane modern standards.   So what differentiates them?  Is it the difference in motivation?  Self-interest versus interest in the greater good of society?  Maybe.  But one thing is for sure, treachery involves a sense of one’s citizenship.  How do we hold in mind a healthy sense of belonging to a multi-cultural society?  Guy Fawkes and his group were excluded Catholics in a society that was predominantly Protestant – and despite the Gunpowder plot happening some 400 years’ ago, we witness a re-hash of this same story of social exclusion in our newspapers and other media all the time.

And so Harfield Villagers – from our Rainbow Nation – remember, remember the 5th of November, and what it means to be good, global citizens! Let’s remember dear Nelson too, and help everybody, no matter what their individual characteristics, to feel included as we warm ourselves around the Bonfire this Guy Fawkes’ Night!