HOW TO MAKE YOUR SUBURB A NO-GO ZONE FOR CRIMINALS 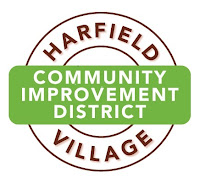 Your neighbours are often the first people to see if something is wrong at your home, which makes them the ideal partners in the fight against crime.

This is why Fidelity ADT has issued a public call on South Africans to become involved with their local community safety groups as these voluntary organisations have time-and-time again been proven to make a positive difference.

If you have just moved into the Village, Fidelity ADT recommends you make the effort to meet the people who live next door as soon as possible and sharing contact details with them. They could also provide useful advice on existing community safety organisations in the area. If you are an existing resident in the area but have not made contact with your neighbours, do it now, it is not too late.

Harfield Village is part of a very active neighbourhood watch known as Har-Lyn Neighbourhood Watch (‘’HNW’’). We encourage all residents to become involved with the HNW as a matter of urgency. The involvement could take many forms – from becoming a patroller to offering monetary or logistical admin support. For more information contact HNW on info@harlynwatch.org.za or 071 802 2454.

Knowing who lives in your area and engaging with your community often leads to combined security implementation and these have a far greater impact on an area than individual efforts. When neighbours start sharing security tips and reporting suspicious individuals or vehicles spotted in their area, security providers and SAPS are able to get a better understanding of the activity in the area and implement effective crime prevention tactics.

Many streets in the Village have formed Whatsapp groups and we encourage you to join your street group and share information. HVCID has also set up a Whatsapp crime alert group which you can join by contacting Jenni Coleman on admin@hvcid.co.za.

The men and women of the South African Police services simply cannot be everywhere all the time. Neighbours that care about each other and become active participants in the safety of their suburb can make a massive difference.