As the HVA annual Railway Clean-up was held not too long ago, I thought it would be nice to give our residents a few interesting facts about our local railway line.

Did you know that the first railway line in South Africa was actually laid in Durban in 1859? It was just two miles long and ran along the Bluff into Durban city.

Initially these were privately owned. The Cape Town Railway and Dock Company started construction in 1859 and completed a single storey wood and iron building, close to the current Golden Acre Shopping Centre in circa 1861.

The first railway locomotive arrived in South Africa that year (1859) and was affectionately known as “Blackie”. It ran between Cape Town and Eersterivier.

By 1864 the Wynberg Railway Company connected Cape Town and Wynberg and then expanded to Wellington in 1865, and then to Muizenberg by 1882.

Claremont Station was apparently one of the first southern line stations to be completed, with the Harfield Village Station opening in 1931.

Kenilworth Station was opened in the 1900’s but unfortunately I haven’t been able to secure an actual date.

The main Cape Town station in Adderley Street was built in 1964 and covered between 25 and 35 city blocks. 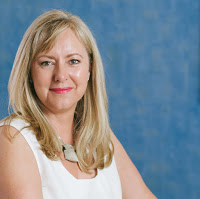