MOTIVATIONS OF THE HAVE’S AND HAVE-NOT’S

‘Tis the festive season – but in the Fair Cape this does not always mean that people are jolly.  During times of extreme poverty, what can neuroscience tell us about the motivations of the have’s and have-not’s this holiday season? 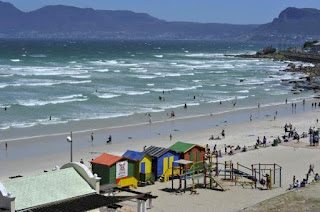 On a sunny Sunday afternoon recently, at 2pm, my partner and I were taking a stroll along the catwalk from Muizenberg train station in the direction of St. James, when a pair of local men jumped in to our path and threatened our lives at knife and gunpoint.  Luckily, the two men only threatened us – others haven’t been so lucky.  They wanted my handbag – and took it – as easily as taking a gift off the shelf in a shop.  SAPS told us when we reported the crime at Muizenberg that the catwalk, flanking the sunlit aquamarine ocean and providing an angelic view of False Bay and the mountains – is a particularly notorious hotspot for violent crime during the festive season. A honey trap if you will for tourists and non-tourists alike.  Local dishevelled, weather-beaten men, young and old, use hammers, guns, knives, rocks to threaten – and sometimes injure or kill – innocent walkers along this stretch, to gain the spoils they need to provide for themselves or their own families, or to sell on for drugs to get them through the lonely time of year.

Desperation for material wealth, when poverty makes life appear hopeless in the face of people with relative abundance, is clearly a major malady blighting the Fair Cape, particularly during the holidays.  The problem is so commonplace – especially along the catwalk from Muizenberg – that SAPS are so pitifully under-resourced to be able to tackle the problem – even if it is moral for them to do so.  According to John Gray, an eminent English professor, humanism – the belief in human morality and progress – is a fallacy that we cling to almost religiously about our self-identity.  A belief in humanism and civilisation allows us to think that we are getting better at living together in society. This might be especially true for South Africa, where civilians hoped –after Nelson Mandela became president, and after Zuma was ousted – that substantial progress towards Tutu’s vision of a Rainbow Nation would be made.   But when we remove the gossamer-thin veneer of the idea that we are naturally civilised – such as when we find ourselves living in vermin-infested shacks on the Cape Flats immersed in sewerage and rain water, or when war engulfs a country – humans quickly revert to the basic laws of survival. Can you honestly say that if you and your family were starving and desperate that you would not resort to robbing someone better off than you? John Gray’s work suggests that our morality and civilised beliefs would be dropped in favour of reducing the pain of our wretched situation.

More important to the brain than morality and the idea of civilisation, is the ability to learn how to get rewards and to avoid pain.  Every mammal on the planet has a brain that does this – perhaps other vertebrates and invertebrates too.  It is a basic tenet of our ability to survive that we should try to minimise our pain.  This could be why violent crime is so difficult to stamp out in Cape Town.  A Western Cape robber typically lives a life of pain:  poverty, fear of death, and the continuing disjointed fragile community that stemmed from the mass District 6 removals of the infamous Group Areas Act of the 1960s Apartheid government.  Pain is an everyday occurrence for people living on the Cape Flats in the Western Cape. As such, it should come as no surprise that as I walked down the path with my partner that we looked – to the brains of those poverty-stricken men who used violent weapons to rob us – like ripe cherries asking to be picked.  And once the brain learns that it is easy to gain pleasure and avoid the pain of poverty in this way, the natural inclination to use violence to rob gains ever more momentum.

Perhaps we can use this basic knowledge of the brain to prevent future violent robbing along the catwalk at Muizenberg and other infamous crime hotspots in the Cape this festive season.  If the brain is adept at finding pleasure and avoiding pain, we should, as citizens, make it less easy and pleasurable for armed robberies to take place.  More patrol officers should be deployed to protect holiday-makers, signs should be erected to alert those like my partner and I, who do not know this is a crime hotspot.  And perhaps for the longer term, the most important question of all is how to reduce the pain experienced by the inhabitants of the Cape Flats and other poverty-stricken areas?  How can the government and society put right the wrongs of Apartheid that has surely fuelled the motivations of criminal gangs in Cape Town?

Keep your wits about you, and try to spread joy and pleasure while avoid any painful situations this festive season.