With a worldwide emphasis on obesity and diabetes,

many of us are turning to sugar substitutes as a healthier option.

Xylitol is one of these – But beware XYLITOL is HIGHLY TOXIC FOR YOUR DOG!

Xylitol is a natural sugar alcohol that can be found in berries, corn, oats, mushrooms and other fruits and trees. It has very few calories and a low glycaemic index (GI) *

*GI – a scale that rates carbohydrate rich foods by how much they effect blood sugar levels.

Xylitol   is manufactured commercially mainly from corn fibre and hardwood trees and usually made into a white powder or crystals which look very much like sugar. It has become increasing popular as a sugar substitute and is included in many ‘sugar free’ food stuffs. It is often used in sugar free chewing gum as it has been proven to reduce the formation of dental plaque, lessen the possibilities of dental cavities and stimulate the production of saliva in people.

Xylitol is safe for use in humans but is EXTREMELY TOXIC TO DOGS!

When ingested by humans, xylitol is absorbed slowly, it does not need insulin to enter cells and its low GI means that very little insulin is released into the blood stream.

WHY IS XYLOTOL TOXIC TO DOGS

However, its effect in the dog is a very different story. It is estimated that as little as 0.1g/kg body weight is toxic in the dog!

When a dog eats xylitol, it is absorbed quickly into the bloodstream and causes a massive release of insulin from pancreas. This can happen within 10- 30 minutes. The sudden release of such a large amount of insulin, plunges the dog’s blood/glucose levels causing – Hypoglycaemia *

The effects are similar to a diabetic overdosing with insulin causing a hypoglycaemic episode.

Symptoms can depend on how much and how long ago the xylitol was ingested.

The first symptoms of Xylitol poisoning is: Vomiting

What should you do?

If you suspect that your dog has eaten xylitol or something containing xylitol:

GO STRAIGHT TO YOUR VET.

Depending on when and how much your dog ate, your vet may try to induce vomiting to limit the amount of xylitol absorbed.

Iv fluids and supportive treatment will be given to help correct the blood/glucose imbalance and support vital organs such as the liver.

Recent studies have shown that some dogs develop elevated liver enzyme activity which can result in acute liver failure and death. Post-mortem changes have been seen in the structure of the liver with necrosis of liver cells. At this point, it is not fully understood why xylitol has this effect. 1

Prognosis depends on quantity ingested and whether symptoms are severe, most mild cases will recover fully. However, those with chronic liver damage can result in a poor prognosis.

There are many articles on the internet relating to xylitol below I have referenced some of the reliable sites that I have used in my research should you wish to read deeper into this subject. 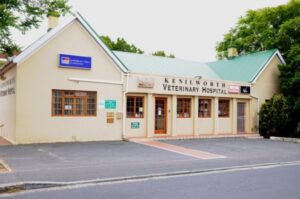