WHAT DOES IT TAKE TO FORGE A CAREER AS A NEUROSCIENTIST

School term is fast drawing to a close for another year – and while learners are thinking about their next steps – what does it take to forge a career as a neuroscientist?
By Dr Samantha J. Brooks Ph.D. 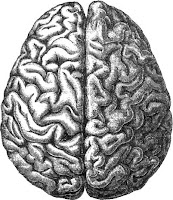 Being a neuroscientist is about learning to accurately study the brain, how it functions in health and mental disorder, and designing experiments to collect data about the brain and write up findings for an international audience. Being a neuroscientist is an exciting job, and neuroscience is really important in South Africa. For example, a South African neuroscientist could study brain-related illnesses such as addiction and HIV-related cognitive problems that place a huge socio-economic burden on South African society. You don’t have to study medicine to become a neuroscientist, and you can start studying neuroscience at any age. But, like a medical doctor, you’ll need to prepare yourself for a few good years of studying – about 10 years to be precise! Don’t be put off though – after all that studying a wonderful career awaits! The last decade was coined the decade of the brain for good reason – there were many amazing brain-related discoveries, such as the invention of functional magnetic resonance imaging (fMRI). fMRI allows neuroscientists to look into the brain while a person is still alive! But we need more neuroscientists to keep making new discoveries!

Studying to become a neuroscientist typically begins with a Bachelor’s degree – finishing at honour’s level – in a subject like psychology, physiology, computer science, science, mathematics. Students with good matriculation grades in Cape Town can choose to study for an honour’s degree at various excellent universities including the Universities of Cape Town, Western Cape, and Stellenbosch. After gaining an honour’s degree, students will typically go on to study towards a Master’s degree in a science-related subject – which can be completed over 1 (full-time) or 2 (part-time) years. During Master’s study, a student will learn about neurons (brain cells), the way neurons connect (synapses, dendrites), the organisation of the brain (neuroanatomy), how the brain works (neuronal activation), both in health and disorder (e.g. neuropsychiatry), on a macro level (e.g. brain scans) and on a micro level (e.g. cellular systems, neurotransmitters, genes). Completing a Master’s degree (usually with a thesis and sometimes also exams) will equip a person with the necessary knowledge, writing skills and analytic thinking to continue onto doctoral level towards a Ph.D.

Gaining a Ph.D. in neuroscience typically takes about 3-4 years, and students are expected to conduct some novel experiments to test a question about the brain. This is exciting because a student – by doing a Ph.D. – can contribute to improving the mental health of people in society. Not only that, but a doctoral student gets to join a community of neuroscientist researchers, involving lectures, clubs, societies etc. After a Ph.D., students can train in clinical work or continue down the research route. Research after a Ph.D. is known as postdoctoral study, where further grants are often available to pay for salary and research costs over approximately 2 years or more, to deepen one’s area of expertise and to publish more work. There is an old adage in research – publish or perish – which perhaps sounds a bit harsher than reality! But essentially, it is good to learn early on how to write papers for the international neuroscience community, so that work in South Africa can become known and read all over the world!

What else is there to say about a career in neuroscience? Well, it has taken me from a small farming village in the middle of England – where I completed my schooling (matric.) – to all corners of the world, working with different groups and presenting work with my colleagues on important issues to help people with mental disorders to get better. My colleagues and I work together to try to build international connections so that we can try to solve some of the brain’s deepest mysteries. Such as, what is consciousness and how does consciousness relate to mental illness? Where is the mind located in the hardwired physical brain, and what happens to the brain when the mind becomes disordered? How do we improve treatment for various psychiatric conditions? And what are the best neuroscientific methods to use to get to the crux of the issue of mental disorder? If you like meeting new people, working as a team, writing interesting articles, conducting experiments to test the hypotheses related to these questions, and to travel – then perhaps neuroscience is a career for you! Do get in touch if you would like to learn more, we are always on the look-out for research assistants and new students to join us! I hope to hear from you soon!