It is Women’s Day on 9th August in South Africa, so what can we learn from neuroscience about the brains of strong African women? 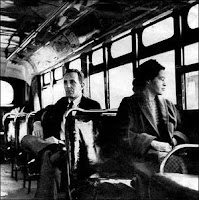 The annual Women’s Day in South Africa happens again this year on the 9th August 2019, and what better way to celebrate, than to think about the brains of strong women throughout the world who have challenged the status quo and left their mark indelibly on the world.  Think of Rosa Parks, the brilliant black woman in the US who, with bravery and grit, famously refused to give up her seat on a bus to a white person during the infamous – akin to apartheid – Jim Crow laws.  And more recently Michelle Obama became the first black First Lady of the United States of America, pioneering her own social campaigns during her husband’s presidency.  In South Africa in 1932, Margaret Levyns became the first woman to be awarded a degree from the University of Cape Town for her thesis on Cape flora entitled, ‘A taxonomic study of Lobostemon and Echiostachys’.  This was remarkable given the zeitgeist, especially in countries with a British influence that discouraged the admittance of women into higher education alongside men.  This idea was fostered at the time, by the likes of the revered UK physician Dr Henry Maudsley (see his Oxford University debate, ‘Sex in Mind and Education’) who said that a woman should not pursue intellectual activities alongside men at university, because the energy she consumes to do so will damage her  reproductive system and her mental health! Thank goodness strong women in the fair Cape and across the world continue to thrive in intellectual circles, proving that Dr Maudsley was wrong. 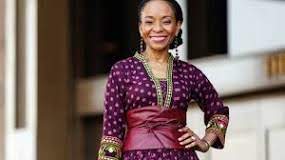 Women throughout history have faced comparable oppressive and discriminatory processes that the general black populace experienced during the apartheid years in South Africa.  And in other Western countries not so long ago, women could not buy property, gain a pension or go into a bar alone without the presence of a man.  And in some countries still, females are unable, without being arrested, to ride bicycles, drive a car or go out alone in public.  So how is it that some women are able to stand up against the tide of traditional societal pressure, to succeed and alter the prevailing views, despite the odds?  Think of women who grew up in a township, like Professor Pumla Gobodo-Madikizela, from Langa – a Cape Flats shanty town on the outskirts of Cape Town – who beat the odds to gain an education that included world class research at the prestigious Harvard University in the USA.  She then returned to Cape Town, to help lead the Truth and Reconcilliation Committee in the mid 1990s, and is now a leading Professor at Stellenbosch University.  And most recently, think of the current Vice-Chancellor of the University of Cape Town, the ‘Fab Academic’ Professor Mamokgethi Phakeng, an expert world-renowned mathematician who is leading processes to raise the confidence and work ethic in South African university students. How then might the brain and mind of such women work? Without placing them in a brain scanner, we can at least draw conclusions from brain imaging studies of people who demonstrate resilience – or grit – and courage in the face of adversity and long-standing challenges and firmly held traditional beliefs. 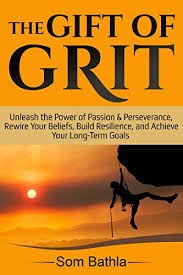 As a personality trait, grit involves the ability to strive to achieve long-term goals with passion and perseverance and plays a crucial role in most forms of achievement. Neuroscientists have recently discovered that the right dorsomedial prefrontal cortex (DMPFC) – a brain area at the top of your mid-forehead – is activated during an experiment to test grit. The DMPFC brain activity was associated with self-regulation, planning, goal setting and memory maintenance, allowing for reflection on past failures but with a counterfactual viewpoint.  In other words, people who demonstrate grit are able to keep themselves focussed, without losing their passion and belief in a greater goal, while at the same time not getting discouraged by past failures.  And so this pattern of brain activity might be the key to the success of strong women – it is not easy to change the world overnight, but a woman can learn to keep passionate and focussed on her long-term ambitions in the presence of adversity that tries to tell her to stop.  This is something to teach our daughters, as the world is only getting tougher for women, particularly in the post-Trump era.

So on this Women’s Day in South Africa, think of the women in your life who demonstrate grit on a daily basis – be it your wife, mother, sister, daughter, auntie, neighbour, shop-keeper, lawyer, bus driver, petrol station attendant, doctor, bank clerk, homeless person asking you for money at the robot with her baby.  Think of the things these women do on a daily basis – often without asking for praise and encouragement – to buck the traditional views held by some about a woman’s role in society.  Think of the women you encounter on Women’s Day this year, and celebrate their remarkable brains!  Happy Women’s Day Harfield Women!