Father’s Day in South Africa – what can neuroscience tell us about the brain processes associated with the relationship we have with our father? 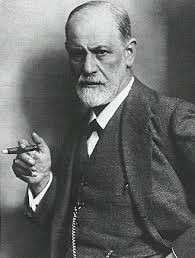 Sigmund Freud, the father of psychoanalysis, famously described the complex relationship sons and daughters have with their fathers.  The Oedipus Complex was born out of psychoanalysis to describe the ‘if you can’t beat him, join him’ trope of learning about power from one’s father.  Taken from the Greek Tragedy Oedipus Rex, the story plays out when the son unknowingly courts the affections of a woman who turns out to be his mother, and in the process unwittingly kills his main rival (his father).  The angst that Oedipus experiences when he realises what he has done, leads him to gouge out his eyes at the end of the play.  The metaphor behind Freud’s borrowing of the story for his psychoanalytic theory is rooted in the notion that a son or daughter desires to be as powerful as the father in the family. And that this insatiable desire causes uncontrollable anxiety and despair if not accepted during childhood. 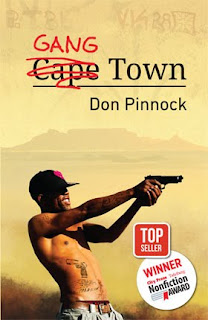 The brain, according to psychoanalytic tradition, develops to harbour the unconscious phantasy of overpowering the father – an individual’s very first experience with competition.  But as this motivation is impossible  to satisfy in a child, the brain develops to internalise the values and characteristics of the powerful father.  Both sons and daughters – according to psychoanalytic tradition – learn the meaning of power in the presence of the mother’s submission.  Without internalising the power from the father, or without coming to terms with the anxiety of not being able to overpower the father, it is suggested by psychoanalytic theory that mental illness is a common outcome.  Anxiety disorders and self-esteem issues may occur if the anxiety about one’s own powerlessness as a child is not accepted.  And for those without a father figure to internalise during childhood, deviant anti-social behaviour in both males and females can occur.  According to Don Pinnock – the famous author of the book Gang Town, this can be seen in the widespread gang culture of Cape Town’s Cape Flats, where many young boys have grown up without powerful father figures to internalise during their mental development.  As a result, these young men have cognitive traits and behaviours that illuminate a hidden disregard for power within society.  Most gangsters think that they are more powerful than the civil laws of society.  Yet, gangsters will still look for guidance from the most powerful gang member in their community, until they become the leader and the most powerful themselves. 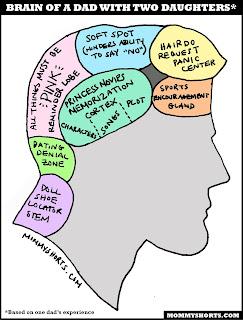 Yet, what of the everyday person on the streets of Harfield Village?  How does the childhood relationship with their father play out in brain development?  Recent research suggests that paternity – in much the same way as maternity – has a distinct neural process that is mimicked, via mirror neurons in the growing child. Having access (if not specifically a parent) to a male and female role model during childhood can help foster these brain processes.  Maternity is stereotypically nurturing, empathic and soothing, whereas by contrast, paternity is governed by mastery of the external world, outward looking for ‘threats to survival’ and exploration.  These might be out-dated gender distinctions in the modern world, however, where previously gender-specific roles are now commonly shared by gender-fluid people born into a particular sex category.  Nurturing traits are largely related to emotion-related neural circuitry in the basal ganglia for example, whereas goal-driven mastery is largely a prefrontal cortex function.  Clearly, both fathers and mothers have these brain regions and are holistic human beings who can be both nurturing and goal-driven.  However, in more traditional, paternal societies like some parts of Africa, it is likely that the father adopts cognitions and behaviours that are less nurturing and soothing, and more related to prefrontal cortex goal-driven behaviours that are outward looking.  It has been said that daughters who form closer bonds with their fathers than with their mothers learn to mimic these outward-looking traits, and become successful leaders and pioneers.

The take-home message is that – regardless of whether we are a son or a daughter – our brains function under both masculine and feminine qualities.  But sometimes we can learn to internalise the cognitions and behaviours of a father figure who helps us to navigate the world.  And during this time of celebration on Father’s Day in Harfield Village, we can all at least celebrate the  election of the latest Father of the Nation, Mr Cyril Ramaphosa! And we can hope that he will successfully lead all South Africans towards greater prosperity.  Happy Father’s Day Harfielders!