(edited for length from the Chiropractic Help series)

Hips and the sacroiliac joints are undeniably linked; what’s more it’s often a chicken and egg situation. More likely a hereditary hip condition like dysplasia is the cause of the sacroiliac joint pain, but we suspect chronic SIJ subluxations can be the underlying cause of hip arthritis; it’s difficult to prove, or disprove for that matter. Both of course are intrinsically part of the pelvis. Thus a condition in the hip joint itself, if it changes the gait, can immediately have a knock on effect on the sacroiliac joint.

The hip is in addition subject to various anomalies, one of which is the femoro acetabular impingement syndrome; it comes in two forms, further muddying the water, as it affects the movements of the hip in different ways; thus the effect on the SIJ differs. FAIS as it is known, affects the movements of the ball in the socket, and has a profound knock on effect on the sacroiliac joints. Reduced flexion, adduction and internal rotation are the common features; this may be severe in certain cases, mimicking hip arthritis, which it isn’t. Meralgia paresthetica also needs to be considered (an impingement of the lateral femoral cutaneous nerve in the groin) producing not dissimilar numbness and pain in the leg.

In short, hips and the sacroiliac joints are intimately connected causing headaches for your chiropractor; pain in the groin, side of the hip, buttock and sacroiliac joints, often radiating down the front or side of the leg are common features; and it all begins with the young adult, but doesn’t usually surface until later.

The treatment of femoro acetabular impingement syndrome remains controversial; surgeons like to remove the spurs. Chiropractors look to mobilising the hip and adjusting the sacroiliac joints, and deep soft tissue work in and around the hip. Neither constitute a cure; the pincers grow back and continued management of the hips and the sacroiliac joints remains important for chiropractors; otherwise the pain comes right back.

Some cases need a treatment once every four to six weeks; say about ten treatments a year which will keep the condition under control. Conceptually it’s little different to the management of incurable medical conditions like diabetes, for example; the patient has to take responsibility for home care of his or her condition.

Mrs B, a 53 year old woman, presented at the chiropractic coalface with severe, debilitating right hip, groin and sacroiliac joint pain. Hip flexion, adduction, internal rotation, and the Patrick’s Faber test were all limited and painful. The adductor magnus muscle and the hip capsule were extremely tender on palpation, but the area under the inguinal ligament where the lateral femoral cutaneous nerve exits from the pelvis was not tender; nor was there any sensory change on the side of the thigh; conclusion, this is not meralgia paresthetica.

I adjusted this lady’s sacrum and ilium, mobilised the hip and did deep, painful soft tissue work in and around the hip joint. After the first treatment she felt 20% relief of pain, after the second 70%; in other words significant immediate relief. But it’s not a cure and ongoing care, both by the patient who must exercise daily and the chiropractor who must keep his wits about him are essential. 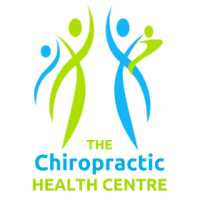