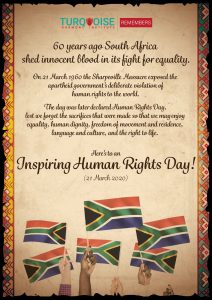 It’s Human Rights Day on Sunday 21st March in South Africa.  What can neuroscience tell us about how we accept these rights so that we can live in a fair society, and why do we sometimes forget these rules? 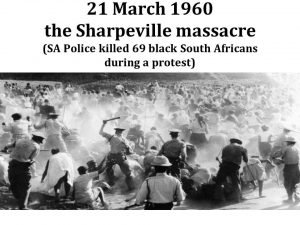 On the 21st March 1960, apartheid police killed 69 South Africans who were protesting about the unjust pass laws that controlled the movement of non-white people (a label thankfully defunct since the end of apartheid rule in April 1991).  Finally, after complicated talks, the new South Africa emerged with the Human Rights Commission Act (1994) and a Bill of Rights admired around the world. We now remember this atrocious day in the Sharpeville township – as Human Rights Day. The Constitution of the Republic of South Africa (1996) reminds us of rights owed to all citizens of South Africa, pertaining to equality, dignity, life, freedom and security, lack of slavery, privacy, freedom of: belief, expression, non-violent demonstration, association, politics, citizenship, movement, residence, trade, labour relations, environment, property, housing, health, children, education, language and culture, information, and quite a few other things!  But the take-home message of the Bill of Rights is that we should all expect a good quality of life and expect the same to be granted to fellow South Africans – or indeed to foreign nationals who contribute to the quality of life of South Africans. How then does the brain allow us to keep in mind these important, basic human rights, and why do we sometimes forget? 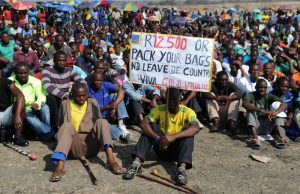 When I first arrived in Cape Town, in September 2012, as a young(ish) neuroscientist researcher, I was impressed by how much things seemed to have changed since I learned about apartheid in the 1980s at school in the UK.  But then I started seeing graffiti on various bridges along the highways that said “Remember Marikana” and I subsequently learned that 34 mine-workers were shot and killed by police at the LonMin mine for protesting for R12,500 minimal monthly salary.  The massacre – in modern post-apartheid society – was compared to the Sharpeville massacre.  It got me thinking as a foreign, white, female visiting the country to conduct research with South African locals to develop neuroscientific evidence to improve treatment for tik addiction, why do these human rights abuses always lurk under the surface?  And now, nearly ten years’ on, what have we learned? 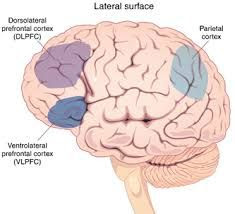 In the brain, it boils down to morality – how our brains calculate human right, from human wrong – but whether we are born with this ability, or whether it is learned, is a difficult question.  In a recent review of neuroscientific literature, Pascual and colleagues found that various studies reported similar brain regions involved in different moral decision-making.  For example, orbital and ventromedial prefrontal cortices (the bit of brain at the top of the nose, between/above the eyes) are implicated in emotionally driven moral decisions.  However, the dorsolateral prefrontal cortex (near the temples, above the ears) appears to moderate the emotional response. So, when people feel emotions flaring – like when people shoot to steal because they need the money to feed a family, or when police feel such intense fear at the prospect of an angry crowd losing control – the dorsolateral prefrontal cortex becomes overwhelmed.  And it is likely that the dorsolateral prefrontal cortex helps us to remember the constitution and the Bill of Rights!  When the heat of the moment has died down, we all – if we’re honest with ourselves – return to our default mode, which is dorsolateral prefrontal cortex-driven, reminding us that we don’t want to see our fellow citizens suffer. 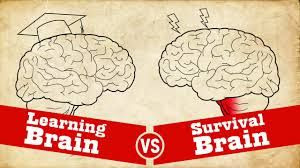 Acting on human right versus human wrong is also about survival – we have an inbuilt neural mechanism to ensure that we – ourselves and our families – live well and prosper.  So, when there is poverty, or competition for resources, famine, unequal wealth – people unfortunately are hard-wired in the brain to fight to protect their assets, or fight to escape poverty.  Interestingly, the insular cortex in the brain is activated during moral decisions that coincide with empathy – so when we can feel the pain and deprivation in another, our brains activate in a different way.  But Sigmund Freud – the famous psychoanalyst cleverly pointed out over 100 years ago (without all the neuroscientific gadgets and brain-reading machinery we have today) – our brain does everything it can to avoid pain, and chase pleasure.  So, when we live in a society that is desperately trying to unhook itself from the shackles of the apartheid past, where painful poverty continues to pervade, and is worsened by the recent pandemic – we may be hardwired to avoid it, to not engage with it, even when it conflicts with our default mode of thinking, to want human rights for all. 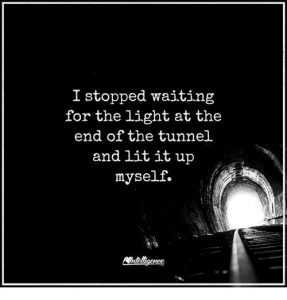 However, it does appear that there could be some moral light at the end of the tunnel – despite the poverty-deepening pandemic the world has just experienced.  First, our default mode (when emotions have rescinded) is dorsolateral prefrontal moral thinking – we feel better when our fellow human beings enjoy the same human rights as we do (everybody feels shock and disgust by Sharpeville and Marikana).  And second, if it is emotional processes that weaken the moral compass in us –that reduces our exercising and protecting of human rights – then we have a clue that can help us to strengthen our moral compass and reduce our impulsive emotional responses.  It may be difficult not to feel raging emotions when living in a township without decent amenities, especially when we see others with more.  And it may be difficult to avoid the burning shame of seeing people living in squalid conditions alongside us.  But if we can dampen these emotions, and engage our prefrontal moral systems in the brain, perhaps people living in worse conditions can think of ingenious (legal) ways for themselves and their families to escape the poverty trap – as some have done, such as Professor Pumla Gobodo-Madikizela who grew up in Langa.  And those living in better conditions can escape the trap of shame and think of ingenious (legal) ways to equalise the human rights enjoyed by others.

So, on this year’s Human Rights Day – more important than most since the ravages of the pandemic – let’s keep our emotions tempered and use our prefrontal systems to think of at least one way to strengthen the lives of others, to prevent human rights abuses from happening in the beautiful country that is South Africa. 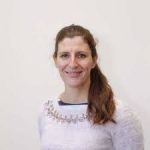 Dr Samantha Brooks is an Associate Professor of Cognitive Neuroscience, specialising in the neural correlates of impulse control from eating disorders to addiction.

For more information you can contact Samantha at: drsamanthabrooks.com