IS WIFI DANGEROUS TO YOUR HEALTH?

The question of WiFi and the unseen radiation that is all around us has long been under scrutiny with a vast amount of conflicting information found on the internet. Before we even delve into the WiFi and health question let’s take a look at radiation.

Most often the term radiation brings up images of nuclear blasts and humans with three arms but really this is the emotive fantasy of TV. There are two types of radiation – ionizing and non-ionizing. Ionizing radiation examples include x-rays, gamma rays, and good old ultraviolet (UV) and has the energy to excite electrons, knock them out of orbit and therefor ionize the atom. High levels of exposure to ionizing radiation has the potential to mutate your cells and can be detrimental to your health, which is why it is used in such controlled and protected environments. Non-ionizing radiation however is a wavelength longer than light and includes infra-red rays, microwaves, radio waves, baby monitors, Bluetooth, cellphones, and so on. In fact, it is hardly possible to avoid it all together as society has made full use of non-ionizing radiation in modern technology. WiFi comes in at a low 2.45GHz, along the microwave band with baby monitors and cellphones.

Research on the effect of radio waves on human health can be dated back to the 1950’s when concerns were raised about the Navy servicemen being exposed to the powerful shipboard radar. This accumulates to at least 60-odd years of apparent research and yet the internet is full of websites disagreeing on whether or not WiFi is actually dangerous to your health. From websites stating that even low wave radiation can cause oxidative stress, fertility damage, neuropsychiatric effects, calcium overload, cancer and endocrine changes to conflicting sites stating that there are no harmful effects whatsoever…so who do you believe?

The overall consensus seems to be that there is no conclusive scientific proof either way. Several studies have reported biological effects of prolonged WiFi exposure (headaches, etc) yet technical limitations have prevented any solid conclusions from being drawn up. It seems that prolonged exposure and exposure to high levels may cause some effects. Either way authorities have still put in place exposure limits with which wireless devices must comply – with WiFi being way below the set limit.

The World Health Organization (WHO) has assessed that there is no established scientific evidence of adverse health effects below current exposure limits. It may be that the amount of exposure 24/7  can be detrimental, especially long term, however until science catches up and is able to produce solid evidence, all we have to go on are our own personal experiences and beliefs. To err on the side of caution, you can do the following:

As with a lot of new age technology, science sometimes seems to get ahead of itself, designing and creating without being able to mark the effects these things really have on us. Until it catches up and is able to prove the effects, we’ll continue hearing different stories from all corners.

Remind yourself that science once told everyone that the earth was flat…so perhaps “scientific proof” isn’t always the final word. 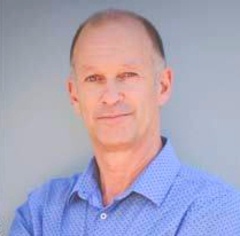