MOTHER'S DAY IN THE MOTHER CITY 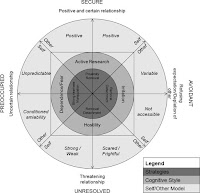 It’s the time of year that we demonstrate our love and devotion to our mothers – and thank them for all the hard work they put in to raising us over the years!  Neuroscience research examining the attachments we had with our mothers or caregivers as children shows us what our relationship patterns are likely to be in adulthood.

Neuroscience shows us that thankfully, the vast majority of people in any given society had what is called a secure-attachment with their mother or caregiver. This means that most people in adulthood have active strategies to develop a sense of independence (proximity removal) from their mother or caregiver – just like birds who eventually fly the nest!  This means that people who were securely attached to their mother or caregiver as a child will engage in the world as an active researcher – and will not fear spontaneously exploring their world.  And as such, securely attached individuals view themselves positively and have positive relationships with others.  Think of Nelson Mandela’s attachment to his mother – he would one day return to the nest that he left, to make her proud of his wonderful worldly achievements! 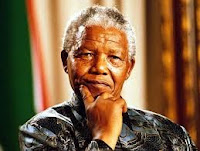 However, neuroscience also shows us that there are minorities of individuals who had different styles of attachment to their mother or caregiver as a child.  These other types of attachment are called avoidant, unresolved or pre-occupied.

Children who had an avoidant attachment experienced a mother or caregiver who was either emotionally unavailable or inconsistent in emotional responding.  This type of attachment might create an adult who is driven to be detached or emotionally unavailable in relationships.  This will show in adulthood as an irritable character who develops a view that others are variable, and that their own true self is inaccessible to others.  Such people in adulthood might take great pride in feeling inaccessible to others, and refuse to admit dependency on others.  We may wish to consider the relationship that Jacob Zuma had with his mother, as during his presidency he appeared to relish his inaccessibilty, while denying that his popularity depended on the will of the South African people.

In contrast, those who had what is called an unresolved attachment to their mother or caregiver during childhood, while also trying to detach from others in adulthood, will additionally feel hostile to the outside world.  People from an unresolved child-mother relationship will feel scared of others in adulthood, and view themselves as either victims (weak) or as heroes (strong).  We may wish to consider the plight of Oscar Pistorius and the relationship he may have had with his caregiver.  While on the one hand, he saw himself as a hero for the nation, winning medals at the olympics, he also seemed, in the end, to be so afraid of society that he slept with a gun under his pillow. 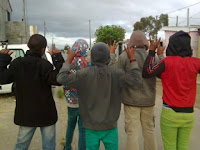 And finally, people with a preoccupied attachment style would have experienced a mother or caregiver who was uncertain in feelings towards them as a child.  People with a preoccupied attachment with their caregiver will adopt manipulative behaviours in adulthood in an attempt to gain a sense of nearness to a person they have a relationship with. Such behaviours will be driven by a sense of dependence and fear that they may lose their significant other in adulthood.  And such an adult will learn to view themselves as having an ‘uncaring’ attitude, or what is called conditioned amiability, while at the same time viewing others as untrustworthy or unpredictable. One may think of the many gangsters who have found themselves living on the Cape Flats, whose communities were torn apart during the 1960s.  Gangsters may have had a preoccupied attachment style as their families spent their energies instead, trying to cope with the forced removals of the Apartheid government.  This would certainly help to explain why gangsters appear uncaring and not able to trust others.

So when we celebrate Mother’s Day this year, especially if you are a new mother, think about the importance of attachment between mother and child.  And be thankful that most in society have had a secure attachment with their mother, which makes most of us view ourselves, the world and others in a positive light.  Happy Mother’s Day to all our wonderful mothers, who do the best they can!