Valentine’s Day is upon us again, and this year’s Leap Year breaks with convention and permits women to propose to their loved one on 29th February!

But what can neuroscience tell us about such people who break
with tradition? By Dr Samantha J. Brooks Ph.D. 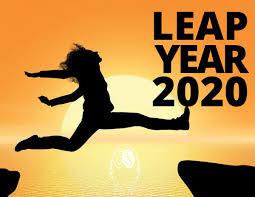 Bachelor’s Day – February 29th – is an Irish tradition on what is called Leap Day, which, back in the day, gave women the opportunity to make the first move and initiate a dance with a man, and even propose to him! If the man refused to marry he was obliged to buy the woman a silk gown, a fur coat or a new pair of swanky gloves (so it’s worth a punt ladies!). With all the humour of this day aside, however, we must consider the courage it must have taken for women in those days to be so brazen about their desires for a man in their community. Especially when in those days people – particularly women – were expected to abide strictly to societal rules. And even though societal rules are not so strict today, there are still – rightly or wrongly – covert social expectancies for men and women. With all this in mind then, what sort of brain does it take for a person – man or woman – to take the brave step and break with tradition and choose not to conform? 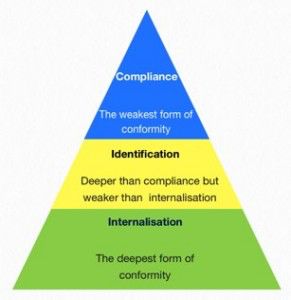 According to psychology research, there are three types of conformity – compliance, identification, and internalisation. Compliance is essentially non-conformity, and means that a person pretends to adhere to the group norms while privately maintaining personal beliefs. Identification is where a person – when in the presence of the group – genuinely agrees with the group but returns to their own beliefs when alone. Finally, internalisation is when a person both publically and privately adheres to the norms of the group – and in the worst extreme is a form of brain-washing or groupthink.
Compliance is quite rare, as research shows that in most cases people tend to bow to the pressure of gravitating towards the group norm – like sheep! For example, Mustafar Sherif showed that people who observed the autokinetic effect (when a dot appears to move on a screen, but is in fact not moving) would conform to the ‘groupthink’ that the dot had actually moved. Or Solomon Asch’s study showing that people would agree with an incorrect answer if it conformed to the group norm. Similarly, Philip Zimbardo’s Stanford Prison Experiment of the 1970s showed that even participants who started out equal would change their beliefs as they internalised the group norms they were exposed to – in this case prisoners versus prison guards. Due to the aggressive behaviour of the participants who were assigned to be guards, and the unhealthy submissive behaviour of the participants assigned to be prisoners, Zimbardo had to discontinue the study. And this confomity phenomenon also occurs in children – as Sherif demonstrated in his Robber’s Cave study – where initially equal, friendly young boys at a summer camp slipped into conflictual behaviour between two arbitrary social groups. Sherif highlighted the fact that conformity is most likely to occur if there is competition for limited resources – one always wants to be a member of the winning team! 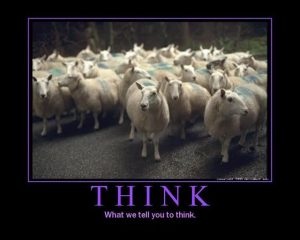 Modern-day neuroscientists can use high-tech brain imaging techniques to safely study the internal workings of the brain of those who tend not to conform. Studies have found that people who don’t conform tend to show activation in the amygdala, anterior cingulate and insular cortex – brain regions related to feelings of fear, bodily sensations and conflicting beliefs – feelings that are typically uncomfortable. This suggests that most people will tend to search for options to feel more comfortable such as being more agreeable, which often leads to conformity (even against their better judgement). But this still begs the question, what drives people to resist social conformity and live with the discomfort? Do they feel any discomfort at all, or do non-conformists actually enjoy the feeling of turning against social traditions? Perhaps most likely is that for some people it is more comforting not to conform when cognitive evaluations have proven the group norm to be unhealthy or detrimental in some way. We can remember the great many South African people who refused to conform to the immoral Apartheid regime by supporting the referendum in the early 1990s. 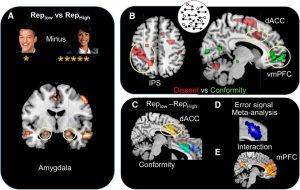 Neurocognitive studies can help us to understand what is going on with nonconformist types of people, and one clue is in the function of the prefrontal cortex – in a brain process called working memory. It seems that people with a larger working memory capacity (e.g. gained through innate brain development or deliberately with cognitive training) are able to hold in mind alternative strategies, instead of simply agreeing to abide by the prevailing view. By using one’s working memory it is possible to use one’s imagination to think of different ways of doing things. This is a great thing to do because otherwise nothing will change. And sometimes things have to change for the world to become a better place. It took Nelson Mandela and FW de Klerk to use their cognitive abilities to create an alternative plan to change the Apartheid government. And it may take women to challenge the traditional roles of men on Leap Day and to remind new generations of women that there is equality between the sexes!
So this Leap Year, use your working memory to consider whether conformity is useful or not (sometimes it is!) – and most of all, enjoy the romance of Valentine’s Month this February Harfielders!